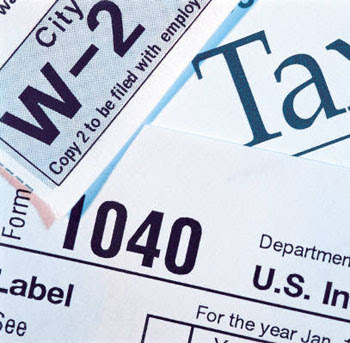 Today was dedicated to finishing up my tax returns and getting them filed, since I'd been dilly-dallying and this was going to be my last good chance before the deadline. Once upon a time, I'd have them finished in February and the refund spent by mid-March, but not for the past few years. Every year I think that I really should have an accountant to take care of them, as I could probably deduct a good bit more than I do, but every year it ends up being just me and TurboTax. I still end up with a decent refund and considering I'm one of those people who understands the necessity of taxes to keep the government doing its job (though I may occasionally disagree with how they're doing it), I just don't get too uptight about getting back every possible nickel and dime.

This year, I also pledged to meet VUBOQ's 10% Refund Challenge and donated a bit over 10% of my refund to charitable organizations & funds. Some of it was divided among some of the various check-off funds on my state tax return - endangered wildlife, pet spay/neuter, and children's funds all got a little something from me - and then I donated a pretty good chunk to Seva Foundation. I very much like the work that Seva does and highly recommend them. They'll likely get another donation from me near the end of the year. I didn't realize it at the time, but I was only a couple of blocks from their headquarters when I surprised Stephen at work last week.

At some point, I also need to sit down and figure out how much spare change has accumulated in my underwear drawer (Yes, that is where I keep it.) so I can send a donation to Médecins sans Frontières. 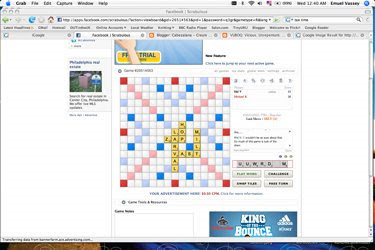 When I was in California weekend before last, my friends Karl & Michael spent a good bit of their down time in the evenings playing Scrabulous on Facebook. Now, I've never been much of a gamer. Video games for me pretty much ended with Frogger and I've never really played them online. But I love me some Scrabble and can generally kick butt at it, so the other day I added it to my Facebook applications. Now I know how those WoW geeks feel.

I love scrabble, but I suck at it.

We always used to wait until the last minute to do taxes until one year we had to pay. From then on, we started having my Dad do them (he's worked for H&R Block for at least 100 years, and does family taxes for free. We've gotten a refund every year since. Turbo Tax is a good program, though; he uses it for the taxes he does "on the side".

It was so good to see you last night!

We have a change jar (a half gallon milk jug) that dh is very good about putting all his change into (me not so much), but he likes to add it up at the end of the year and send the money someplace good. It usually ends up being around $200-300. And that's just the 'change'...

Thanks so much for participating in the 10% Refund Challenge! YOU ROCK!!!

I'm on Facebook! I love Scrabulous! How can we find each other?

Oh you responsible tax-types are just too much! We still have days and days before we have to file. No need to get all taxy yet!

One of these days, I am going to get caught. It will not be pretty. But, for now, I like living on the edge...

We're still buried in Tax Hades around here. I think we'll be buried until exactly midnight on the 15th!