And in Other Other News

Thanks everyone for your good wishes for David. The CT scan was basically unremarkable, and he seems to be on the mend, albeit slowly. Whether the mystery will be solved or not remains to be seen.

David's health ended up overshadowing another bit of sad news on the farm; Paula called us last weekend to let us know that Malaga, the last of the pygmy goats, had passed away. You may remember that his failing health was what prompted me to bring home Angus and Shaun-Fergus a couple months ago, so it really didn't come as any great surprise. He had actually done fairly well, though, and was in pretty good spirits despite his arthritis up until his last few days. Had he made it to spring, he would have been 14 years old, which is beyond ancient in goat years.

He apparently passed away sometime in the night or early morning of last Friday-Saturday. Paula had to get up extra early to go to a Maine Alpaca Association meeting, so Wendy was the one who found him in the barn and covered him with a blanket until Paula got home. Paula told us, though, that when she got home the blanket had been pulled off and Angus had curled up on the blanket right next to Malaga with his head resting on Malaga's chest. The sheepie boys had really bonded with the old goat over the past couple of months and had been seen curled up with him in the barn at night. Seems Angus felt that he needed to keep vigil over his old friend one last time.

No photos to share, primarily because I started working a couple of days ago on a top-secret-hush-hush project. All I will say is that it's something of a variation on a published pattern, fruity beverages might have been involved, and short rows have definitely been knat (been knatted? knut?). Fear not, as all shall be revealed in the fullness of time. The work of the last couple of days, though, has put a bit of strain on my hands and forearms, so I'll be taking a break from it for a few days to let things settle down.

This might be one of the last posts I write from the workplace. Last week, a pair of terminals in the clinic (not ones that *I* typically use for teh intarwebs, I might point out) fell victim to a previously unknown and fairly nasty worm. So now the Mother of All Firewalls is about to be installed to keep us from going to pretty much any site aside from a handful that we need access to for work.

Of course, that probably means we're also going to get locked out of a lot of sites that are useful but infrequently visited, like websites for veterinary schools if we need to contact a specialty laboratory or a teaching hospital about a case. And although those situations don't come along often, I can see us being hampered considerably when, say, we need to track down a phone number outside of our area. I suppose we can always call directory assistance in those instances, but it'll end up costing the clinic more money.

I do spend a lot of time online, but I can always knit, or read, or study, or do something else. I'm more concerned about what will happen when I start classes again in the spring. Since I spend more of my waking hours here than at home and since I generally spend more time here than anyone else on staff, this could potentially damage my ability to keep up with my studies if the powers that be don't make allowances. Seeing as I've been asking for a password for two years to access the wireless hub from my own laptop, so I can do schoolwork without having to use work computers (which should, in theory, expose the clinic network to less risk, since it would mean one less avenue for malware to pass to the network), I'm not sure what to expect.

Anyway, there may not be any more work pics for a good while, and since this post is short on images as it is, I offer you this little bit of silliness. Enjoy.

I heart The Oatmeal. 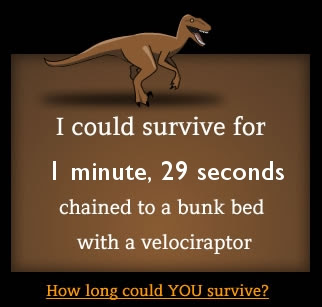 David's been having some lower left quadrant abdominal pain the past few days, so he went to see the doctor, who thinks it may be diverticulitis. Other than being over 40 and not getting as much exercise as he probably ought, he's not exactly a typical diverticulitis patient. We're both vegetarian - he has been for around 25 years - and we eat a very high fiber diet. Since I do most of the cooking, I make sure of that. We both also drink plenty of water, which he was instructed to do after his kidney stone a few years ago.

Anyway, he's got a CT scan scheduled in about 11 hours, so I need to try to get a bit of sleep so I can go with him to the hospital. More to follow, I guess.
Posted by Mel at 3:18 AM 14 comments:

I expect most of you don't need prodding, but every little bit is critical right now. Even if you can only spare $5, it'll be enough to buy antibiotics, or pain medications, or bandage materials. And it will help save a life.

First FO of the Decade I finished the Fishermen's Wool child's sweater just a short while ago. It still needs a wash and block to make it special purty before it gets packed up and shipped off to Afghanistan, but I'm pleased with how it turned out.

In other local-global knitting news, David and I got a package the other day from our friend Don in Turkey. Don's been living & teaching spoiled rich kids in Istanbul for nearly two years now, and he picked us up two pairs of handspun, handknit socks. I'll try to get pics later, since I've got a few days off coming up, but these are pretty interesting.

They are not at all something you'd want next to your skin - the wool is pretty coarse and was spun very, very raw (i.e., occasional twigs and a very sheepy smell before the socks were washed, twice) - but the yarn is singles, I expect likely spindle-spun, and very springy. They were worked top down with some variant of a long-tail cast-on that I can't quite figure out but which is very stretchy. Other than that, they've got a simple flap heel and a round toe.

One pair is striped and one pair plain and the only thing they have for embellishment is that all of them have a 4 stitch K1P1 rib that continues from the cuff on either side of the leg down to the ankle - akin to but far simpler than the "clock" pattern on kilt hose. I think they should make for good, hard-wearing slipper socks through the rest of the winter.
Posted by Mel at 2:50 AM 6 comments: On New Year's Day, I cast on my first project for 2010. These are sleeves for a child's sweater I'm planning to send to my cousin Brian, who's stationed in Afghanistan for the second time. You may recall that the last time he was there I sent him a Baby Surprise Jacket. He gave that to one of their local interpreters, who had a newborn son. As with the last one, this doesn't necessarily have an intended recipient, but I'm sure it will find a welcome home.

As for details on the project, I'm making this without a pattern, but it will be a saddle shoulder pullover with the cables continuing into the saddles. I'm making the body fairly plain, but it will have seed stitch panels at the sides. I'm not entirely certain why, but I started the ribbing for the body in 2x2 as with the sleeves, then ripped it out and restarted in 1x1. I think that the thought running through my head was that the 1x1 will transition more smoothly into the seed stitch, just as the 2x2 transitioned perfectly into the cable panel. At least that's what I'm going with, since I don't want to start the body over again.

Anyway, this should be sized to fit a child of around 6-8 years old. The sleeve cuffs and the body ribbing are relatively long to accommodate for growth. The yarn is Lion Brand Fishermen's Wool, which I'd never used before. I've been surprisingly pleased with this yarn, which is a step above Lion Brand's usual ack-rylic fare.

It's certainly not Malabrigo, but it's still relatively soft with good loft. The singles are somewhat softly spun, but the wool has a relatively long staple length, which I think should help offset any losses in durability from the lower twist. I love the loft and spring the knit fabric has, and I expect it will make for a toasty warm garment. And at $8.99 for an 8 oz. (225g) skein, I can see making myself a nice cardigan out of it at some point.

Once, of course, I whittle away at my still-far-too-big stash.
Posted by Mel at 1:29 PM 7 comments: