The Road Most Traveled

The one thing my mother absolutely was determined to do while we're here in India was to visit the Taj Mahal. I'd heard not so great things about Agra, so it wasn't really that high on my priority list this time around. Still, being the Responsible Eldest Son, I wasn't about to let her go off on her own where she might get fleeced by a tout, pick-pocketed, or worse. And at the end of the day, the Taj is what it is for a good reason, and there was no good reason to pass up the opportunity. So, a driver was arranged for Monday morning and off we went.

As a former British colony, Indian drivers drive on the left side of the road. Except, of course, when they don't. Which is often. The rules of the road here are really more like suggestions, which a driver may or may not choose to follow, depending on how convenient they are at any given time. Or depending on whether or not there's a traffic cop with a big cane about to give your car a whack, which is generally less often than not. I decided that the stop signs should really have a question mark on them. It's especially fun at night, when functioning vehicle lights appear to be another one of those optional things.

On top of all this, add on the interventions of the Indian bureaucratic machine and fairly regular and exorbitant road tolls, plus throw in a few popular religious sites along the way, and it creates frequent instances of what in polite circles would be referred to as a clusterfuck. All topped off with a liberal, and literal, dusting of pollution and, well, dust.

What should theoretically have been a 2 to 3 hour trip took us nearly 4½ hours. In the end it was, though not for the faint of heart, well worth the effort. We decided to go first to Agra Fort, which is a huge complex built by the Mughal rulers and where Shah Jahan was imprisoned by his son and lived out his last days. There was quite the gauntlet of touts and beggars to run before we got into the relative sanctuary of the fort, but we were well-rewarded for the effort. 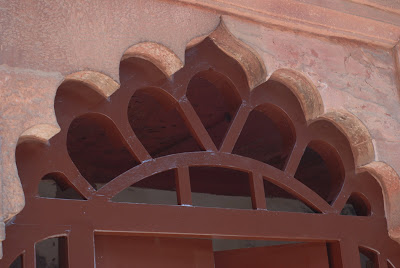 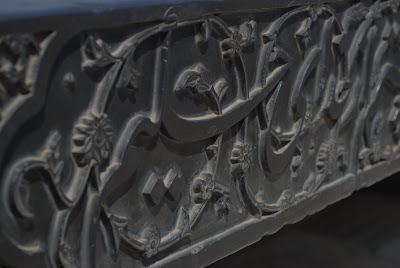 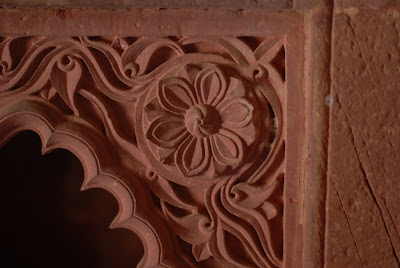 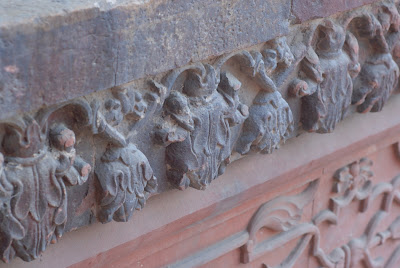 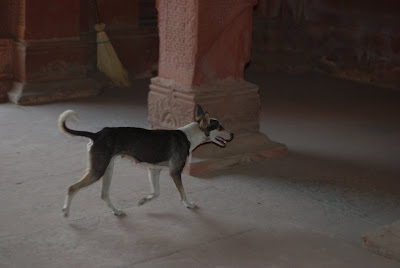 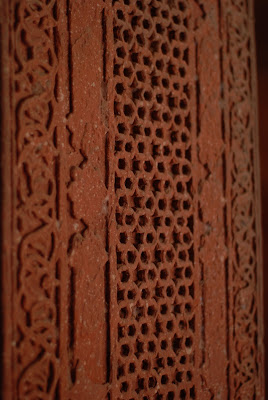 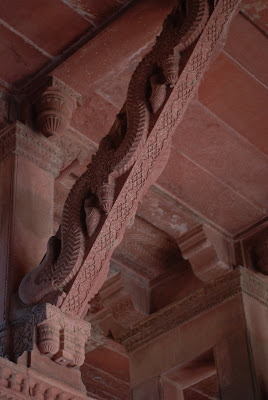 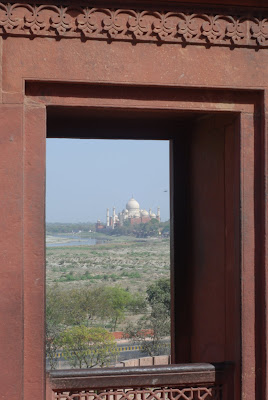 At one point, the whole crowd of tourists was swarmed by what appeared to be some sort of honeybee on steroids. I managed to escape unscathed, but my mother was stung three times and they continued to dog her everywhere else we went in the fort. Our only escape was to stick to darker areas, as they seemed to be drawn by her black camera and black pants, a color well known to trigger bee attacks. Staying in the shadows had the additional advantage of keeping us a bit cooler, though, and helped keep our pale northern skin from getting quite so fried.

Then after a nice lunch, we headed downriver to the Taj and yet another gauntlet of touts and beggars, this one even worse because of the greater distance visitors are required to walk to get inside. Still, we had gotten there in time for the best of the afternoon light, there was a nice, cool breeze coming off the river, and the world's greatest monument to love absolutely lived up to its reputation. 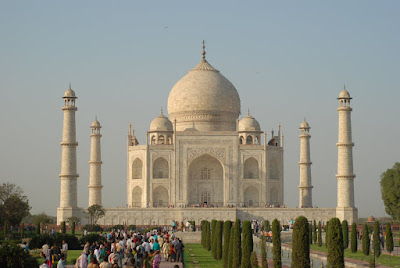 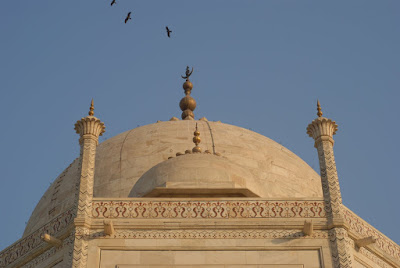 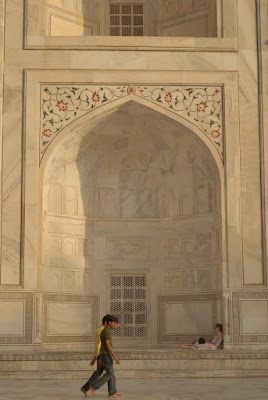 What I couldn't get photos of, and what I was most taken by, were the stone inlay flowers on the marble screen surrounding Mumtaz Mahal's tomb. The inlay around the exterior is beautiful, but these were beyond exquisite. The inlay was so intricate and detailed that the flowers may as well have been botanical illustrations, as if they had been painted with stone.

While the experience was absolutely worth it, by the end we were very ready to leave on the long ride back to Delhi. The traffic clusterfucks were far fewer and farther between on our return so we made good time, but it was still after 11PM by the time we got back to Likir House. We took just enough time to stretch out our knotted muscles a bit and take hot showers, but we fell into bed very soon and slept, exhausted but satisfied. Today we are spending a relaxed final day in Delhi before heading into the hills.
Posted by Mel at 5:21 AM

This is all so amazing. Thank you for taking all the trouble to blog about your incredible journey.

I found, while living in Asia, that driving or being driven are very good for your Buddhist ptactice ... you absolutely have to learn to "let go". It's that or valium. I hope you have a wonderful time.

It is incredible when a world-famous landmark lives up to the hype. I felt that way gazing for the first time out over the Grand Canyon.

Stay safe. We lerves you.

Wow, Mel! What a wonderful description of 2 beautiful sites. I almost got to visit India out of college, thanks to a study trip, but the trip was cancelled because of low interest. *Sigh* I may still make it, eventually. Hope the rest of your trip is as grand. Joe-in Wyoming

I am very faint of heart. My faint heart would have stopped about forty times just making the trip.

But, seriously...it's the Taj Majal!!!!! I think it was worth it. Definitely. Thanks for sharing the pix!!

Wow! Beautiful shot of the Taj, looks like a painting. Thank you for sharing your trip. It must be fabulous.

nice pictures- made me want to travel again! i've never been to india, so keep sharing those pics! :-p

Oh, wow. I've always wanted to see India, tho' it's unlikely I ever will...but those pictures were almost like being there. Thank you so much for taking the time to post them!